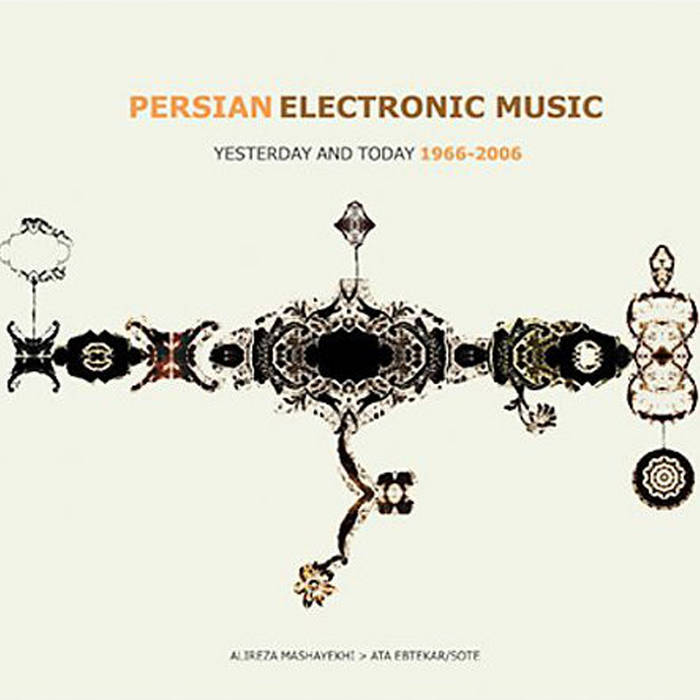 From Alireza Mashayekhi to Ata Ebtekar/Sote, the quantum leap of the very unknown electronic music composed in Iran from the Sixties till today. Two Iranian music masters who work (mainly) on ancestral structures to create something radically new, who travel around the world to finally live and work in their country - two vivid creators through the hazards of History.

Alireza Mashayekhi was born in 1940 in Tehran, Iran. He is one of the pioneers of modern music in Iran. Mashayekhi's works have been performed in Iran and abroad for more than 35 years. Mashayekhi believes that contemporary composers should create music in wide range of styles. His own compositions have tended towards three major direction: pieces that are directly inspired by Iranian music (e.g. Symphony No. 5, Persian Suite and Shahrzad) and compositions that are not directly related to Iranian music (e.g. Symphony No. 6, Concerto for Violin and Orchestra,Sonata for Piano) and multicultural compositions (e.g. Symphony No. 8 and the electronic composition East-West). At the time of Stalin in the USSR, many pieces were composed with predetermined identities in honor of Marxism and Leninism by the request of the governmental authorities or by the artist's own whishes. Among these pieces those with artistic rightfulness remained and they were honored in both East and West, but the political weight of the other ones did not succeed to help them survive. Alireza Mashayekhi

Alireza Mashayekhi is regarded as a pioneer Iranian avant-garde composer whose ideas and works, which have been performed in Iran and abroad for more than 35 years, have greatly influenced the contemporary music in Iran. Hooman Asadi of the University of Tehran, Iran

Ata Ebtekar aka Sote is an electronic composer, sound artist and recording engineer who was born on September 2nd, 1972. His goal is to create unique and timeless pieces of music that are not available anywhere except in his mind. Sote is interested in keeping the tuning of Persian classical scales (Radif) and melodies from old Persian folk songs within a new electronic framework. Since he has a firm conviction that rules and formulas have to be deconstructed and rethought, he alters some of these modal systems from their original tonality and rhythm (tradition). He has released several cds and vinyls on Dielectric/RLR, Spundae and especially on Warp.

Bandcamp Daily  your guide to the world of Bandcamp

Featuring Gary Bartz, 5 years of Rhythm Section Intl and an LP of the week by Nicolas Jaar